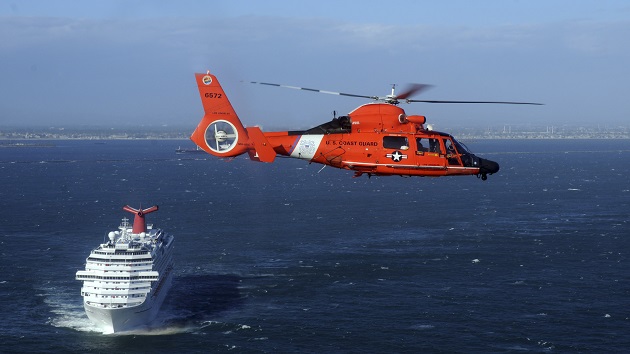 (NEW YORK) — The U.S. Coast Guard has recovered almost 30,000 pounds of cocaine and marijuana, valued at more than $475 million, after seizing the drugs in the Caribbean Sea and Eastern Pacific Ocean.

The crew aboard the Coast Guard Cutter Legare offloaded 24,700 pounds of cocaine and 3,892 pounds of marijuana at Base Miami Beach Thursday, according to a U.S. Coast Guard press release.

The drugs recovered were found in international waters, and efforts were taken by the U.S. Coast Guard, U.S. Navy, the Dutch Caribbean Coast Guard and the Royal Netherlands Navy to confiscate the drugs from suspected drug cartels.

“I am proud of the crew’s continued devotion to duty that made this offload possible,” said Cdr. Jeremy M. Greenwood, commanding officer of Legare. “Through the coordinated efforts of the Legare, the LEDETs, HNLMS Groningen, CGC James, and the USS Billings crews, we significantly contributed to the counter-drug mission and the dismantling of transnational criminal organizations. The drugs seized through this coordinated effort will result in significantly fewer drug-related overdoses.”

The Coast Guard said that fighting cartels and criminal organizations that traffic drugs takes a lot of unity at different phases of the process.

“From detection and monitoring to interdiction and apprehension, and on to criminal prosecutions by international partners and U.S. Attorneys’ Offices in districts across the nation,” the Coast Guard said. “Detecting and interdicting illegal drug traffickers on the high seas involves significant interagency and international coordination.”

Stationed in Portsmouth, Virginia, the Legare has an extremely large patch and patrols the offshore waters from Maine to Florida, the Gulf of Mexico, the Eastern Pacific and the Caribbean.