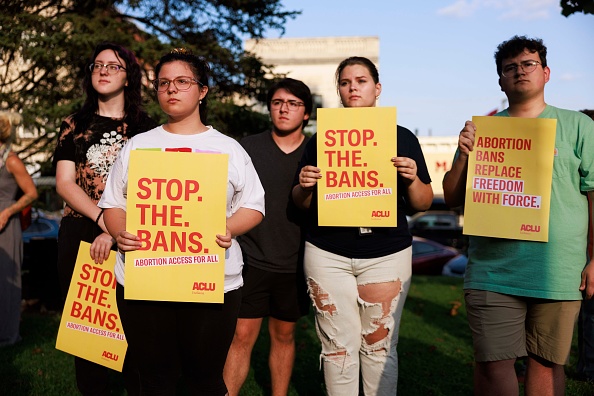 (CHARLESTON, WV) — West Virginia Gov. Jim Justice on Friday signed a bill that bans nearly all abortions in the state, days after legislators approved the ban. This makes West Virginia the second state to pass an abortion ban after the U.S. Supreme Court overturned Roe v. Wade in June.

“I said from the beginning that if WV legislators brought me a bill that protected life and included reasonable and logical exceptions I would sign it, and that’s what I did today,” Justice said in a tweet.

Known as HB 302, the bill approved by state legislators on Tuesday prohibits the procedure at virtually every stage of pregnancy.

There are exceptions to the ban; one is an ectopic pregnancy, which is when a fertilized egg implants and grows outside of the uterus.

Physicians who perform unlawful abortions could lose their license to practice medicine and face criminal charges.

Additionally, the bill states that miscarriages and stillbirths are not considered abortions.

The Women’s Health Center of West Virginia had already halted abortion services after the bill was passed by the state legislature.

The bill passed both chambers last week, but returned to the House for a vote after an amendment by the Senate stripped a section of the bill that would see doctors imprisoned for up to 10 years if they perform abortions outside of the exceptions.

The bill passed by legislators requires physicians to report any abortions they perform to the commissioner of the state’s Bureau for Public Health within 15 days, including a justification for why the care was provided.

On July 25, the state legislature was initially called into a special session to consider Justice’s proposal to reduce personal income tax rates.

But that morning, as lawmakers were gaveling in, Justice amended the call and said he would also be asking lawmakers “to clarify and modernize the abortion-related laws currently existing as part of the West Virginia Code.”

“From the moment the Supreme Court announced their decision in Dobbs, I said that I would not hesitate to call a Special Session once I heard from our Legislative leaders that they had done their due diligence and were ready to act,” Justice said in a statement. “As I have said many times, I very proudly stand for life, and I believe that every human life is a miracle worth protecting.”