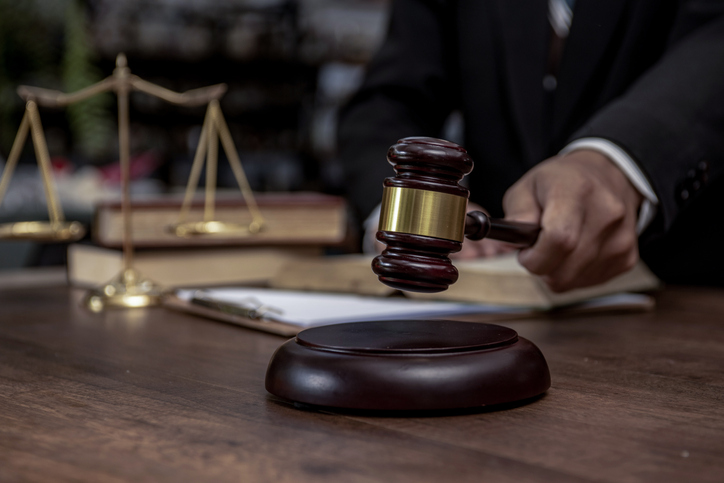 (NEW YORK) — “Trigger laws” that would place a near-total ban on abortion were temporarily blocked in Wyoming and North Dakota on Wednesday, just as they were to go into effect.

Both states are among more than a dozen that had passed laws that would enact bans on abortion should Roe v. Wade be overturned.

Wyoming’s law bans abortion in all circumstances except rape, incest or if the mother is in serious risk of death or injury. It briefly went into effect on Wednesday, until a Teton County judge shortly issued a temporary restraining order blocking it.

The order is in response to a lawsuit that argues the law violates rights guaranteed by the state’s constitution — a claim the state has contested.

Wellspring Health Access, a national abortion rights organization that is building a full-service abortion clinic in Casper, is among those suing the state. Its founder and president, Julie Burkhart, called Wednesday’s ruling a “temporary victory.”

“If allowed to take effect, the abortion ‘trigger ban’ that was temporarily blocked today would severely restrict Wyomingites’ freedom to make decisions about their own bodies,” Burkhart said in a statement. “We will continue our efforts to ensure that Wyoming residents maintain their fundamental, constitutionally protected right to make their own health care decisions.”

Burkhart’s clinic was set to open last month until an arson fire in May delayed the launch for several months.

ABC News has reached out to the Wyoming Attorney General’s Office for comment.

With the ban blocked, abortions in Wyoming are still legal up to the point of viability, or around 24 weeks into pregnancy.

Meanwhile, North Dakota’s trigger law, which would similarly ban abortion except in the cases of rape, incest or the life of the mother, was set to go into effect on Thursday. A state district court judge granted a temporary restraining order against the law on Wednesday, barring it from taking effect.

In its ruling, the court stated that the state attorney general “prematurely attempted to executive the triggering language” before the U.S. Supreme Court issued its certified judgment overturning Roe v. Wade — which the high court did on Wednesday.

The order is in response to a lawsuit brought forth by the Red River Women’s Clinic, the state’s lone abortion provider, which claimed the ban violates the state constitution.

“We’re relieved that a North Dakota state court has blocked its devastating trigger ban for now,” Meetra Mehdizadeh, staff attorney at the Center for Reproductive Rights, which filed the lawsuit, said in a statement. “If allowed to go into effect, this near-total abortion ban would close the state’s sole abortion clinic, leaving North Dakotans with no clinic within the state to turn for essential health care.”

ABC News has reached out to the North Dakota Attorney General’s office for comment.

The block allows Red River Women’s Clinic, which is relocating to Minnesota in the wake of Roe’s overturn, to provide abortion care while the case proceeds.

Abortions in North Dakota are still legal up until 20 weeks into a pregnancy.

Several other states, including Kentucky, Louisiana and Utah, have had trigger laws temporarily blocked amid lawsuits.