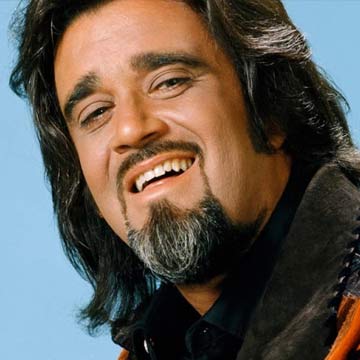 About The Wolfman Jack Radio Show

Every night for over six decades, millions of people have listened to Wolfman Jack on the radio. They love his outrageous persona and the great music he plays.

​During the peak of his radio career, Wolfman Jack was heard on over 2,000 radio stations in 53 countries. He was also the first radio personality to nationally distribute a weekly show.

During the 60s & 70s, Wolfman was the featured DJ on Armed Forces Radio. Each day, thousands of our military men and women, stationed at U.S. bases all over the world, looked forward to a little piece of home listening to the Wolfman Jack Show.

Wolfman Jack was immortalized in George Lucas' classic 1973 film, "American Graffiti" and from 1972-1981, he was the announcer, interviewer and co-host, of the NBC-TV late-night music series, "The Midnight Special."

Wolfman enjoyed national popularity. Through his radio show and many TV appearances, he dominated the social media scene, years before the invention of the Internet.

In addition to his work in radio, TV and live concert appearances, Wolfman also enjoyed acting. Below are videos of Wolfman Jack’s various film & TV appearances, plus two popular musical recordings performed by the Wolfman.