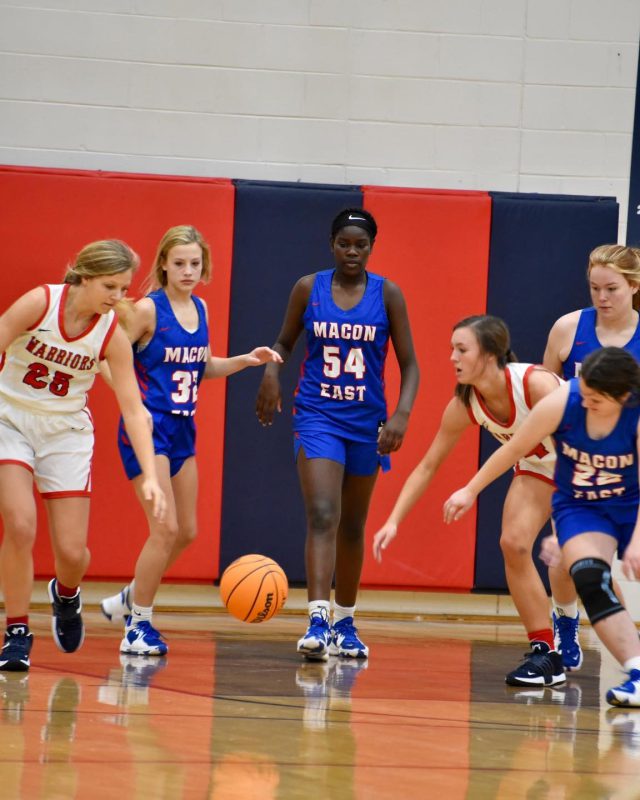 The Warriors blanked Macon-East in the first quarter 19-0 and led 34-6 at the end of the first half. The massive lead allowed Lee-Scott to enter the depths of their bench with 10 different players scoring in the win.

Emma Frances Zellner led the team in scoring with 14 points on 7-for-11 shooting. She added an additional six rebounds and two steals to her tally. Of her six rebounds, five were on the offensive end of the floor with Zellner playing a key role in the Warriors’ ability to gather 21 offensive rebounds in the win.

Lee-Scott was suffocating on defense, coming away with 28 steals. The Warriors forced Macon-East into 38 turnovers. Ellie Keesee was tied for the team lead in steals with five alongside Madison Davis. Keesee finished second on the team in scoring with 10 points on 4-for-10 shooting. She added three assists and a steal to her stat line.

Below is the full box score for the Warriors.

You can watch the replay of both varsity games below.

The varsity boys team fell behind Macon-East early, chipping away at the lead over the final three quarters, but ultimately, the Warriors fell to Macon-East 50-47. The loss dropped Lee-Scott to 5-3 on the season.

Macon-East jutted out to a quick 15-6 lead after one, but the Warriors won every quarter from that point, outscoring Macon-East by six across the last three frames. Lee-Scott played stout defense, holding the Knights to just 29 percent shooting from the field. Nonetheless, it was second-chance opportunities that burned the Warriors with Macon-East collecting 24 offensive rebounds in the win and outrebounding Lee-Scott 41-29.

On offense, Lee-Scott shot 41 percent from the floor as a team. Junior forward Joseph Horne led the team with 14 points on 6-for-10 shooting. He added six rebounds, one assist, one steal and one block to his final stat line. The full box score for the team is below.

Lee-Scott basketball begins a four-game road stretch over the next two weeks beginning with a trip to Eufaula to play Lakeside on Thursday. The next home game for Lee-Scott is on on Dec. 21 against Southland.