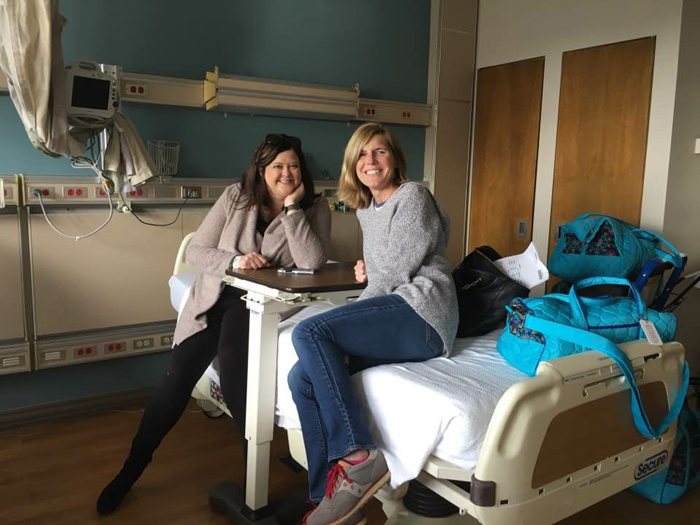 Fall 2017 means sorority rush for thousands of Auburn University freshmen. Young girls visit the 17 houses to determine a place among the Panhellenic established. For the alumnae, time stretches and thins memories. Sorority sisters now catch up at Bid Day when their daughters run screaming with paper in hand, announcing placement. Many alumnae will try to recite their mission statement, having to google the words of days gone by. 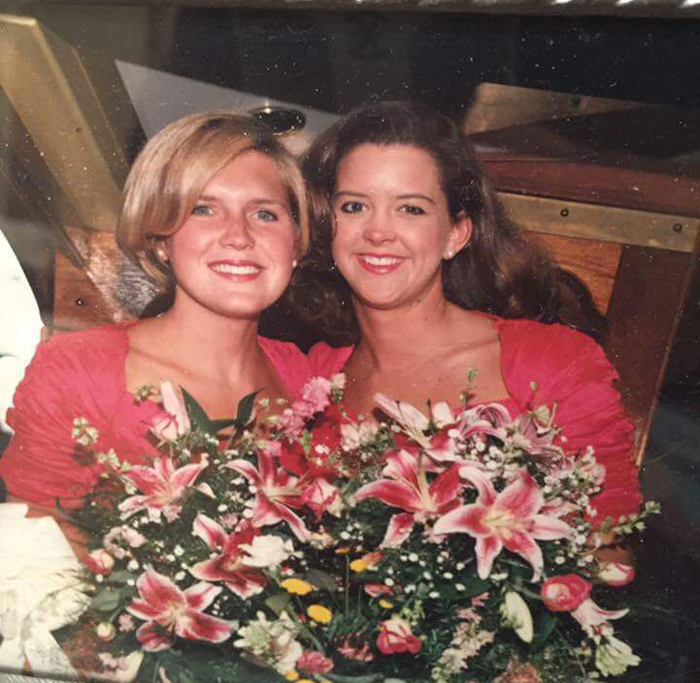 But not Susannah Jones Cleveland, Auburn University ’92, and Martha Juneman Dazzio, Auburn University ’93. They exemplify the Kappa Delta, KD, creed for the diamond shield “that guards our love find us each day truer, wiser, more faithful, more loving and more noble,” through the modern-day miracle of organ transplant surgery in January 2017. “KD brought us together. Martha and I had so much in common and became part of the same organizations such as War Eagle Girls and Plainsmen,” says Cleveland. Both ladies also participated in the Student Government Association.

Doctors diagnosed Cleveland, 47, with polycystic kidney disease, PKD, when the Montgomery native was 22 years old and beginning graduate school at Auburn. A genetic condition, PKD produces cysts which form on the kidneys, compromising functionality over time.  An estimated 600,000 people in the United States suffer from PKD. Cleveland lived with the disease as it progressed until two years ago when she entered end-stage renal failure.

“I had taken high blood pressure medicine since I was 22, but toward the end-stage renal failure, the number of medications I took increased as I tried to fight the side effects of the disease. For the last year, I was anemic and wanted to sleep all the time. It was hard since I had an active teenage son,” says Cleveland. “I did not like that my son (Ford) had to see me feeling bad. I wanted him to have a healthy mom. I went to the cancer center for iron infusions and shots to stimulate my red blood cell production. These helped with energy, but were temporary fixes.

“The wait for a donor is five to seven years in Alabama and Georgia. I was told I needed to start dialysis and even met with a surgeon to put in a port,” says Cleveland. She cried the entire time she met with the doctor, only to learn later that no family member was either a match or could not donate due to health problems. She faced a life-time of dialysis – a life saver, but not anyone’s optimum result.

“Kidney disease and organ donation have been a part of our lives for years. Most people don’t realize how restrictive a dialysis diet is,” says Auburn resident Edith Jones, Cleveland’s mother. “No tomatoes, no black-eyed peas, no butter beans. No milk or milk products like cheese. Many people say they don’t think they can donate because of age, health or cost. The answer to that is, ‘Sign up!’ Let the doctor decide.” Jones adds the cost of donation to the donor or donor family is zero.

Although some 22 years had passed since the two roommates lived together, Dazzio and Cleveland stayed in close contact. Dazzio was an attendant in Cleveland’s wedding. The two have traveled together and attended the Sigma Lamda KD 90th reunion. “We have a friendship that has lasted since she (Dazzio) started Auburn in 1989!” says Cleveland. When Dazzio spoke to Jones at a KD homecoming, she learned of the disease’s progression. The strong friendship led Dazzio to proclaim, “I will donate, and I am going to be her match!” “When Martha called and told me she was a perfect match, I could not help but sob. To know that a friend loves you enough to donate a piece of themselves, an organ, is simply humbling and overwhelming. I did not feel deserving and was overcome by emotion. Martha was literally going to save my life!” says Cleveland. On Jan. 5, 2017, the sorority sisters wheeled into surgery at the University of Alabama at Birmingham hospital. Dazzio says it usually takes up to six weeks for a recipient’s new kidney to begin working, but hers functioned in Cleveland before she left surgery. 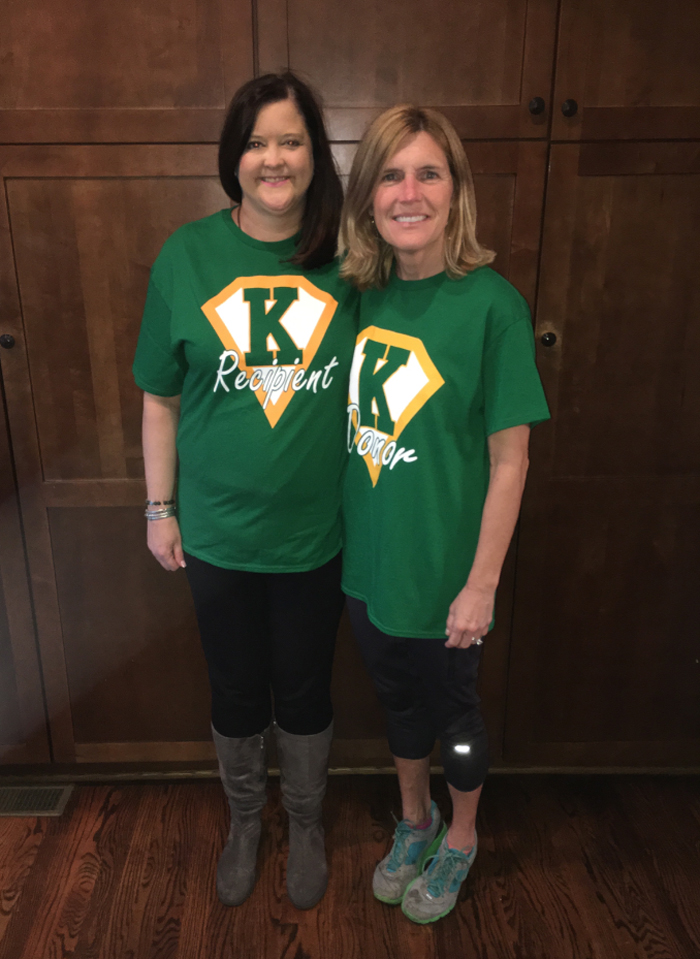 Today, Cleveland has resumed her duties as director of admissions and marketing for Montgomery Academy, and Dazzio continues her busy life in Birmingham. Each continue to advocate for organ donation. “My kidney is functioning well,” says Cleveland, listing some side effects from the transplant and anti-rejection medication. “I am so grateful for Martha’s gift. I want the kidney to succeed not just for my own health, but because Martha donated a part of herself to help me live. I want to live a long life and be there to watch my son flourish,” says Cleveland.

More than 3,000 people wait for a kidney donation in Alabama alone. Little did Cleveland know, sitting in the crowded chapter room in the basement of Auburn University’s Duncan Hall (then home of the Sigma Lambda chapter of Kappa Delta), her donor sat a few feet away. “I am so lucky for the unconditional love and bond of sisterhood Martha and I share,” says Cleveland. “She is truly my angel on earth!” So while the two continue to bond at Auburn football games and catch up during weekly phone calls like any lifelong friends, the ritualistic language of sorority initiation, spoken more than 20 years ago, still hovers today due to the ultimate gift of organ donation.

May We, Sisters in Kappa Delta, strive each day to seek more earnestly the honorable and beautiful things. May We each day through love of those within our circle, Learn to know and understand better those without our circle. May the diamond shield that guards our love find us each day Truer, Wiser, More Faithful, More Loving, and More Noble. – Kappa Delta Creed