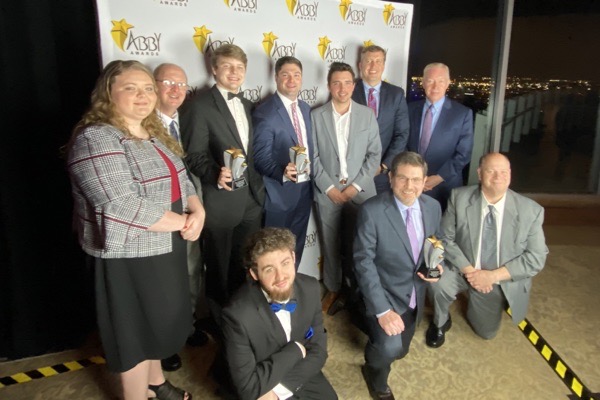 Also in 2019, Marble City Pharmacy owners and brothers Jacob and Jared Johnson launched the “High Five to the Face” podcast capitalizing on a contagious yet dry sense of humor initially exposed in their radio ads. A new hour-long episode including interviews with special guests is released each month.

With yet another ABBY win for 98.3 Fox FM as best personality or team, host Chris Wright and his morning shows on 105.1 WRFS and 98.3 Fox FM had twice been honored with an ABBY. Building on continued success, Chris and Suzanne Wynn launched “Alabama’s Morning Show” on three RadioAlabama stations – AU100, 98.3 Fox FM, and KiX 96.3 — in January 2020.

The annual ABBYs, sponsored by the Alabama Broadcasters Association, honor the best in broadcasting. Alabama’s radio and television stations submitted 610 entries this year, making this the most competitive annual event ever.

Owned by Marble City Media LLC and winner of multiple ABBY Awards in 2013, 2015, 2016, 2017, 2018, 2019, and now 2020 for news, sports, production, programming, and client promotion, the RadioAlabama station group was also home to Alabama’s Radio Station of the Year in 2017 and the Alabama Broadcasters Association’s Broadcaster of the Year in 2014. The company was also honored with the Cornerstone Award by the Sylacauga Chamber of Commerce in 2018.