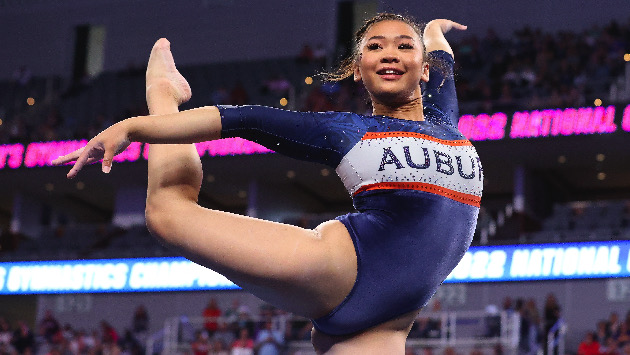 (NEW YORK) — Olympic gold medalist Suni Lee is ending her college gymnastics career and returning to professional gymnastics for a chance to join the U.S. women’s team at the 2024 Paris Olympics.

“Today, I’m sharing a decision that has weighed on me for a really long time,” Lee began in a Tuesday Instagram post announcing the change. “As an athlete that has competed at the highest level, on the world’s biggest stage, I’ve been fortunate enough to experience that once-in-a-lifetime feeling and the indescribable emotion when a gold medal is draped around your neck. But I don’t want it to just be once in a lifetime.”

Lee will finish out this season on the Auburn University gymnastics team before turning her attention to 2024.

At the 2020 Tokyo Olympics, held in 2021 due to the pandemic, Lee won three medals, including gold in the individual all-around and a bronze medal on the uneven bars, as well as a team silver medal.

Lee brought major star power to Auburn gymnastics as the first individual all-around Olympic champion to compete in college. Last month, she was named Individual Sportswoman of the Year by the Women’s Sports Foundation.

She won gold on the balance beam at the NCAA championships last season and took silver in the individual all-around to Florida’s Trinity Thomas.

“Competing for Auburn University has always been a dream of mine and the dream that rose in tandem with going to the Olympics,” Lee continued in her video announcement. “I’ve learned so much about myself, true teamwork and about community during my time here. With that being said, this will be my last season competing at Auburn University. My focus right now is to make it the most incredible season yet and to be the best teammate I can be, to strive for excellence and to reach our maximum potential.”

The 19-year-old said she is confident that she can return to the Olympic stage and hopes to join her teammates on the U.S. women’s gymnastics team as they get ready for the Summer Games in Paris. The national team won their seat for the 2024 Olympics after securing the top spot at the world championships earlier this month.

Lee did not compete at the world championships, choosing to focus on her upcoming season at Auburn, while former Tokyo Olympic teammates and college rivals Jade Carey and Jordan Chiles did compete.

“I’m so excited to share that after this season, I’ll be returning to elite gymnastics. I have my sights set on Paris in 2024,” Lee said. “And I know what I have to do to get there. I’m looking forward to rolling up my sleeves and putting in the work. Gymnastics is my passion and something that I love so deeply because it pushes me to be the best version of myself every single day.”

Lee, who first got her start as a young gymnast by practicing on a wooden balance beam her dad built for her in their backyard, made sure to give a shoutout to girls and aspiring young gymnasts who look up to her.

“To every little girl whose circumstances have dictated your future but you push beyond them, I see you,” said Lee. “I did it and you can do it too. Because really, nothing is impossible.”

In her signoff, Lee also expressed gratitude to the community that has embraced her since the Tokyo Olympics.

“To the Auburn family, my teammates, coaches, staff, and supporters, thank you,” she added. “This special place will always be a part of me and my journey. And I will always be an Auburn Tiger. War Eagle!”