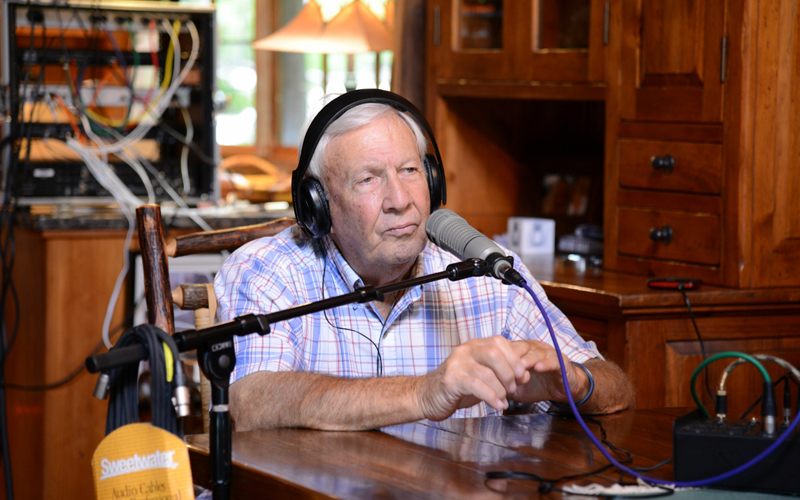 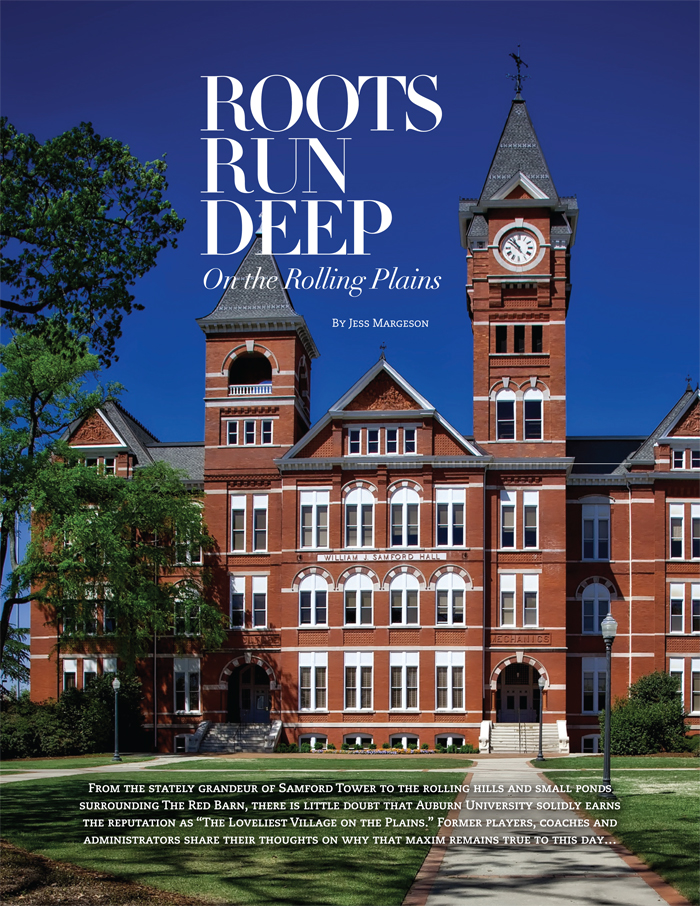 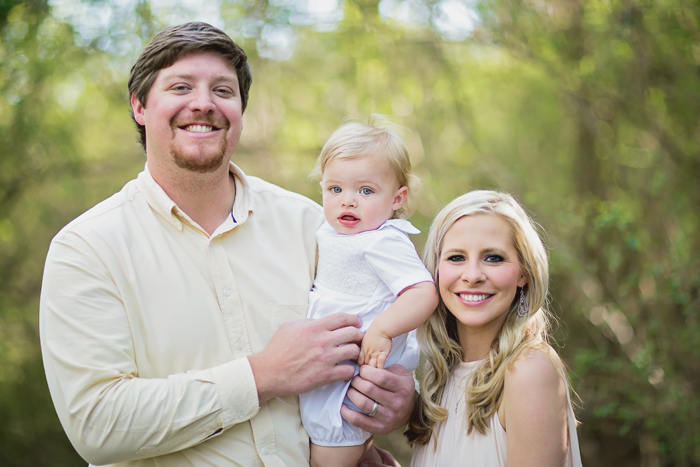 Lee Ziemba first faced the daunting decision of school selection as a young football prodigy. It was immediately evident that Auburn University would quickly rise to the top of his list. He fondly recalls, “In the course of determining where I would attend school (and thereby play football) it was actually the community surrounding the Auburn/Opelika area that ultimately made a huge impact in my selection process. Not only did I feel that God was leading me here to The Plains (for the next four years) but I also felt that it might be the place that He was calling me to establish roots and start a family. Honestly, Auburn felt like home since the very first time I set foot on campus as a student athlete in 2007. To this day, I am still very thankful to call ‘The Loveliest Village on the Plains’ my home!”

When Lee decided to hang up his cleats professionally, he and his lovely wife Brittney, a Montgomery native, set their sights on only one place-Auburn, Ala. Though Lee hails from Arkansas, his heart remained on The Plains, and he was eager to return. As he recalls, “For us, it was an easy decision. Simply put, this town has given us the best years of our lives to this point…from our first date at Hamilton’s on Magnolia to our engagement on the greens of Saugahatchee Country Club, to the birth of our first son… each of our milestone moments have taken place right here in this community!”

Looking back on his tenure at Auburn, Lee readily recalls, “Playing football here was a dream come true.  I learned to overcome so many challenges during my time at Auburn. It was during my season as a student athlete that I cultivated invaluable skills (like time management and perseverance). The lessons I learned while playing football at Auburn now provide the benchmark against which I measure myself daily-whether it be in my role as a new father or in my life as a young professional.”

With his playing days now solidly behind him, Lee currently works as a sales representative for Berney Office Solutions. This past January, he was awarded the “Sales Rookie of the Year” from his company. As a part of the honor, the company gifted him with an ornate glass trophy. To the former ball player, this honor was quite significant, as it marked his first award in nearly 10 years unrelated to his athletic accomplishments. The trophy is now proudly displayed in his home office right next to his 2010 National Championship ring.

Outside of work, Lee is an active member of the Auburn Football Letterman’s Club and especially enjoys toting his young son atop his shoulders as they walk along the sidelines of Pat Dye Field. Lee is most excited about his family’s future here. He says, “Auburn is a truly special place. We look forward to creating more memories here in ‘The Loveliest Village.’”

Will and Ashley Herring 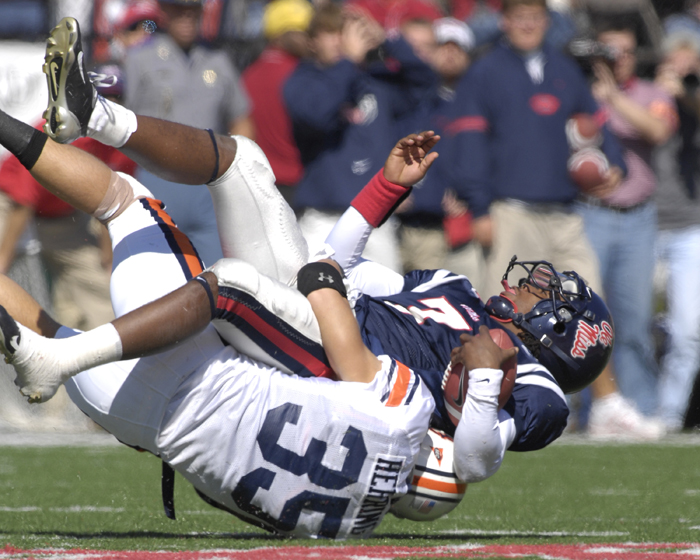 Former Auburn Tiger and Seattle Seahawk Will Herring, who shares Lee Ziemba’s sentiments, remarks, “My time at Auburn was more than I could’ve ever dreamed. From forging lifelong friendships to making memories on the field, it is a time I will always cherish.”

Commenting on his decision to return to The Plains, Herring recounts, “I’ve always loved home. When I was at Auburn, I’d rush home to my parent’s house in Opelika every chance I could-even if it was just for a quick lunch with my mom or dad. When I was drafted to Seattle, I always looked forward to the offseason when we could return home and just enjoy time with family and friends.” Herring confides with a grin that some of these visits might have involved a tad bit of deer hunting as well.

“Some people swear they would never move home. For me, I never truly left. In my current role working as a loan officer for CMG Mortgage, I really enjoy helping clients navigate the financial end of the home purchasing process. Moreover, I am blessed to be working with an incredible team, once again. Together, we take great pride in assisting our clients. Additionally, I have the fortune of co-owning the Auburn University Club.” Herring is quick to remark that, much to his dismay, his partial ownership in the club has yet to benefit his golf game.

Legendary football coach Pat Dye could easily have his pick of incredible locations to call home. Yet, when the time came to retire from the game he so loved, he says that the choice to remain on The Plains was an easy one. 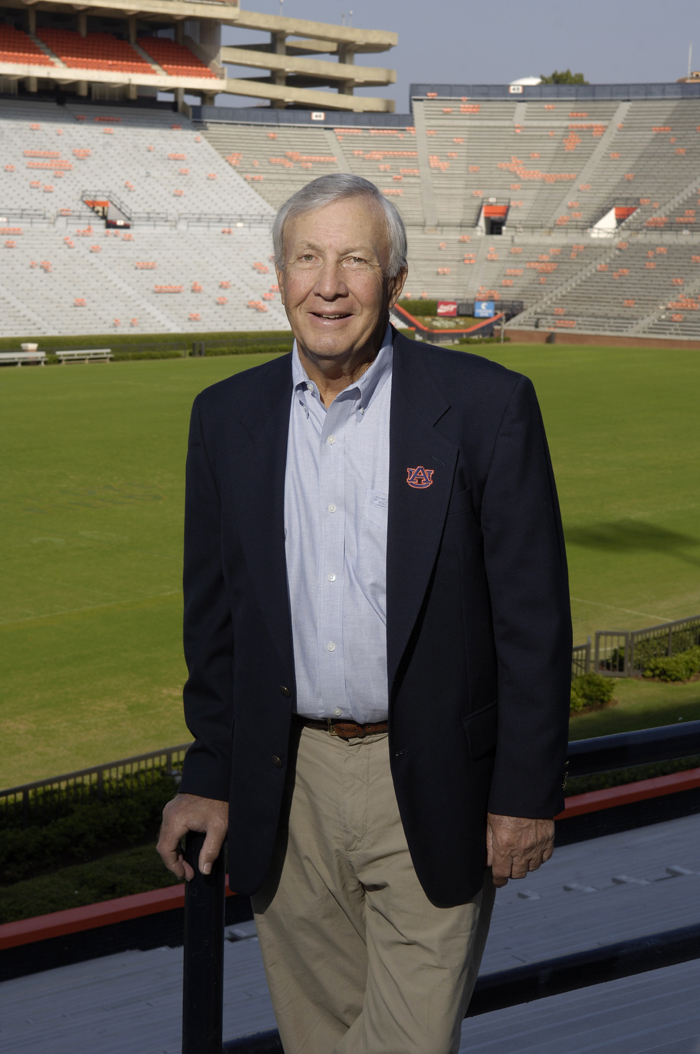 Upon retirement, Dye committed himself to “the cultivation of the land” around him and created a singular utopia on the outskirts of Auburn. At his beloved Crooked Oaks Plantation, the former football coach has boldly embarked on this next life phase, displaying the same drive and passion that made him a legend in the sport. Whether the continuation of his beloved Japanese Maple collection, which currently boasts about 250 varieties, or embarking on the construction of a new facility within the property like the new pavilion added to accommodate large-scale events. Dye attacks each venture with the same fervor he displayed while coaching at Auburn.

Perhaps most interestingly, Dye remarks that whether it be working the land, starting at six in the morning most days, or coaching on the sidelines at Jordan Hare all those years, he can honestly say that he never truly “worked” a day in his life. As he explains, pursuing things so dear to him never felt like duty, but rather more of a delight. And even in his retirement, his zeal for Auburn, and life in general, is just as evident as ever. When asked why he remained in the area, he says simply, “Auburn is just different. There is simply no place like it.” 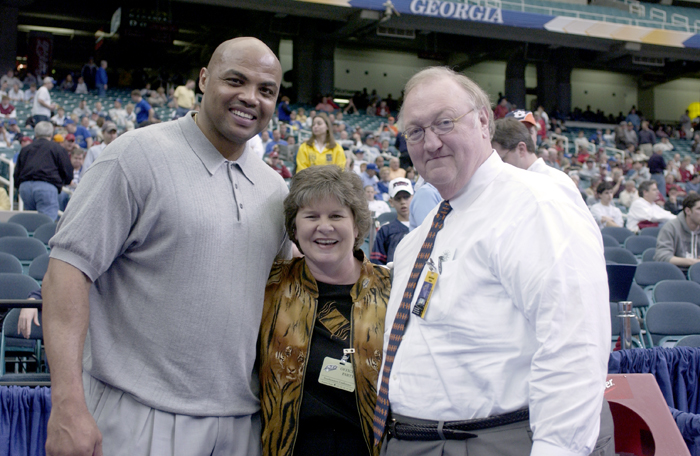 Perhaps best known for his distinguished tenure as the athletics director for the university, Housel has rightly earned recognition as a champion for all things Auburn. Housel confirms that attending Auburn University was “all he ever truly wanted.” Arriving as a freshman, he describes The Loveliest Village as just that, with a quaint air and a comforting familiarity. He recalls, “In those days, when you walked downtown everyone knew one another. It was as though I was living in a wonderful town surrounded by collections of my favorite uncles,” he quips with a chuckle. The legendry Housel arrived as a freshman and confirms that he was never once tempted to leave, and he hasn’t.

Obviously, it seems safe to say that the “Auburn Spirit” is alive and well these days. The town continues to prove that it offers more than just a four year collegiate experience, but rather a permanent place to call home. 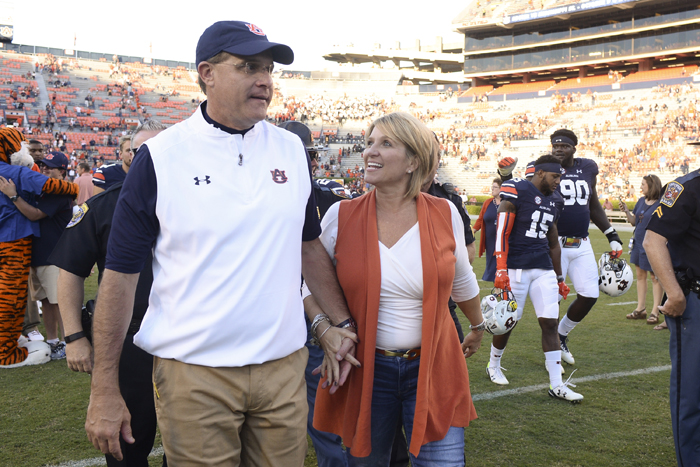 “Obviously, Auburn University as an institution is well-recognized, whether for achievements in the realm of athletics or accomplishments in all things academic. However, what I think people would be surprised to learn, if they have never lived here on The Plains, is what the area as a whole offers.  Lee County is currently one of the fastest growing counties in the state! And Auburn itself is such a livable community. While the town remains rich with school tradition, it is equally adaptable as a launching point for young professionals, entrepreneurs, newly forming families or even retirees. Auburn as a town offers so much more than simply an institute of higher learning. It boasts community and creates the foundation for ‘The Auburn Family!’  And as a result, we are excited to witness so many students choosing to remain here on The Plains!” – Kristi Malzahn