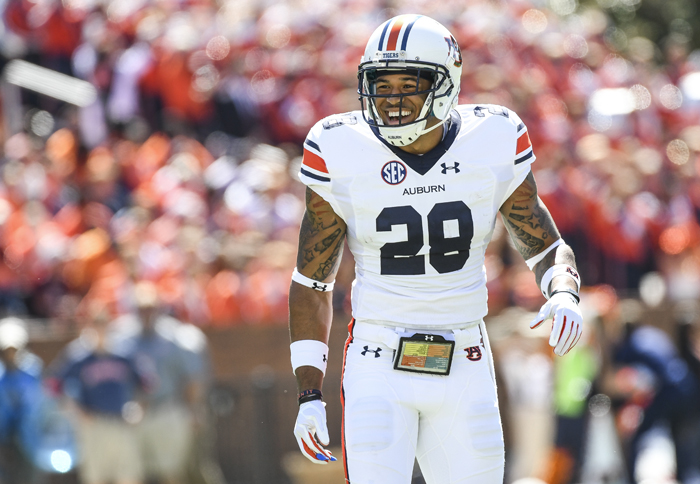 For a week, it seemed like it would be the play of the century. The year was 2013. The Georgia Bulldogs were leading the Auburn Tigers by one point with 36 seconds to go. Auburn was facing fourth and 19 just to keep their hopes alive. Auburn quarterback Nick Marshall launched a 73-yard bomb to sprinting receiver Ricardo Louis. The ball was overthrown, one of the two Georgia defenders tipped it, and the ball literally fell into the hands of Louis. He caught the ball, almost by accident, and waltzed into the end zone, giving Auburn a huge win on an epic play named the Miracle in Jordan-Hare.

For then Georgia safety Tray Matthews, who was one of the two defenders on the play (but not the one who tipped the ball), that play overshadowed an otherwise stellar performance as the freshman had leveled a dozen tackles – 10 of those solo – in the best performance of his young career. “I played my heart out in that game,” says Matthews. “That play didn’t really affect me because I wasn’t the one who tipped it. However, had it not been tipped, I was in the perfect position to intercept it.”  So, the irony of that iconic play coupled with the fact Matthews transferred from Georgia to Auburn after his freshman season, makes for a great story all in itself.

Matthews was a highly sought-after recruit coming out of Newnan (Ga.) High School in 2013. He narrowed his final choices to Georgia and Auburn, but because Georgia made an official offer first, he chose the Bulldogs. “I am one of the lucky few who actually has had the opportunity to play for both of my top choices coming out of high school,” says Matthews. “I loved my visit to Auburn, and it was a tough decision, so I was really happy to be able to come to Auburn my sophomore year. In hindsight, it was the best thing to ever happen to me. I love being a part of the Auburn Family, and I’ve really grown up here. Auburn has made me stronger and more mature – and it was here that I met my girlfriend, Tiffany (Lewis). I love the fans, Tiger Walk, the crowds at out-of-town games; just everything about it.”

Matthews’s road at Auburn has not been without bumps. Big bumps. After playing the 2015 season in excruciating pain with torn labrums in both shoulders, he had surgery in the off-season and feared his best playing days were behind him.

But his family, friends and teammates refused to let him wallow in self-pity. They rallied around him and offered encouragement every step of the way. His parents, Sonya and Carlos, and siblings, Thaddeus and Ayana, were with Matthews day and night to lift his spirits.

“For two weeks, my mother slept in the bed next to the chair I slept in to make sure I was okay or to get anything I needed,” says Matthews. “My dad refused to let me give up, but he also held me and consoled me when I cried uncontrollably after the second surgery because I was sure my career was over. Over and over again, he assured me it wasn’t.”

Good friends and former SEC players, like Blake Countess (Auburn Tigers/Los Angeles Rams) and Derrick Henry (Alabama Crimson Tide/Tennessee Titans), were constantly by Matthews’s side and pushed him even further than he thought he could go. Eric Berry (Tennessee Volunteers/Kansas City Chiefs) encouraged and inspired Matthews to keep pushing. As a result, Matthews came back in 2016 stronger and better than ever, starting every game and finishing the season as the team’s leading tackler with 76.

“God, my parents, my teammates and friends, the trainers, coaches, and everybody else on this team made the difference in my recovery, and I will always be grateful to them for that. I came back even better than I was before, which I seriously did not believe was possible – but they all did.”

Now, as Matthews enters his final season wearing an Auburn football uniform, the world is at his fingertips, and he is determined to grab every opportunity within his reach.  The Auburn defense has stability with Kevin Steele in his second year as defensive coordinator, the first time that has happened in Matthews’s entire college career.  “We improved last year, and we’ll improve even more this year,” says Matthews. “Our coaches are really tough on us, but they love us and they always have our backs and that makes a huge difference. They are all like dads to me, and there is nothing I wouldn’t do for them – on or off the field.” 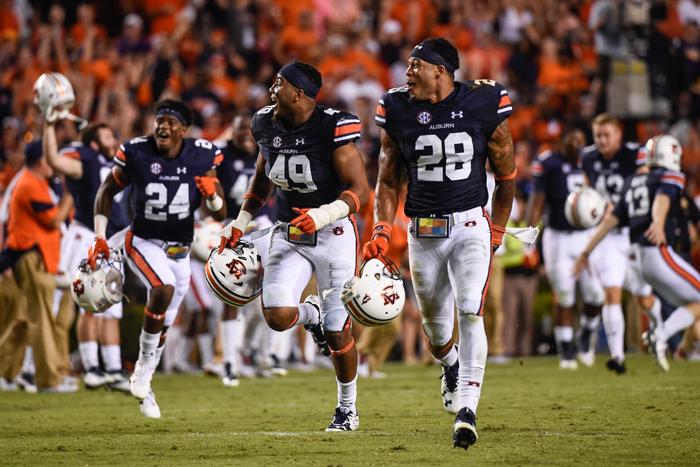 In addition to the respect of the coaches, Matthews said this team has a strong chemistry. “We all enjoy being together outside of football, and when I say everybody, I mean offense, defense, special teams – everybody,” says Matthews. “We are constantly competing, but we use our competitiveness for good. When we play Uno™ – our favorite game – the losers have to do push-ups: 20 for second place, 30 for third, 40 for fourth…so the losers end up benefitting.”

Also exceptional in the classroom, Matthews earned his undergraduate degree in December 2016 and will complete his Masters of Education this December. Then, if all goes as it should, Matthews will no doubt continue playing football at the next level, but he has bigger plans for his future that extend beyond the gridiron. “I want to make a difference; I want to give back,” says Matthews. “I have a heart for the Boys & Girls Club. I spent some time there growing up, and I enjoyed it, but I also saw a need, and I want to help fill it. My dream is to one day start a foundation that helps children and families living in poverty and low-income areas.”

Before all that, Matthews has other goals. He wants to win the SEC. He wants to go to the playoffs and win a national championship. And he wants to do it with this team. These teammates. These coaches. These fans. This family. This Auburn. War Eagle!